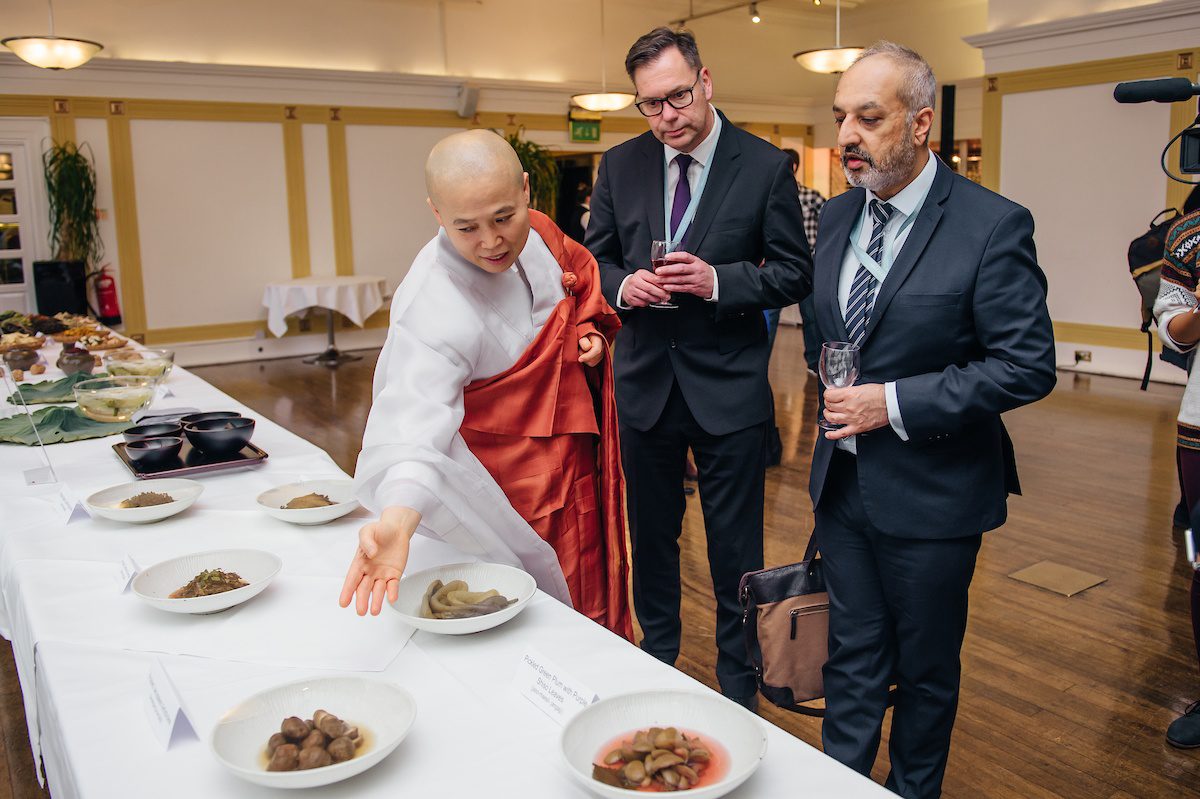 Westminster Kingsway College, part of Capital City College Group, were delighted to host the Korean Cultural Centre UK as they introduced the Korean Temple Food to London with a series of events and demonstrations with the Buddhist nun and chef, Woo Kwan.

Kwan is a temple-food expert and leading practitioner of this discipline. We will also be celebrating the launch of her new cook book – the first Korean Temple Food cook book to be written in English.

Described as “a perfect meal, full of nature’s goodness” she shared her philosophy and principles behind Korean temple food. Kwan also hosted a book launch at the Korean Cultural Centre UK, where the public were able to enjoy a selection of dishes and discuss the origins and meaning behind Korean Temple cooking.

For over 1,700 years, in Buddhist temples across Korea, monks and nuns have prepared meals using only fresh, seasonal vegetables in accordance with Buddhist principles. Today, Korean Temple Food, the original “slow food,” is gaining international fame for its simple yet flavoursome dishes.

Made with no animal products, Temple Food forbids the use of five pungent vegetables (onions, garlic, chives, green onions and leeks) and only natural seasoning is used. Each Korean temple across the peninsula has various recipes for preparing their own style of temple food.

WKC were delighted to be involved in this amazing culinary tradition of the Korean Buddhist Temples  – which was the first time has been brought to the UK.