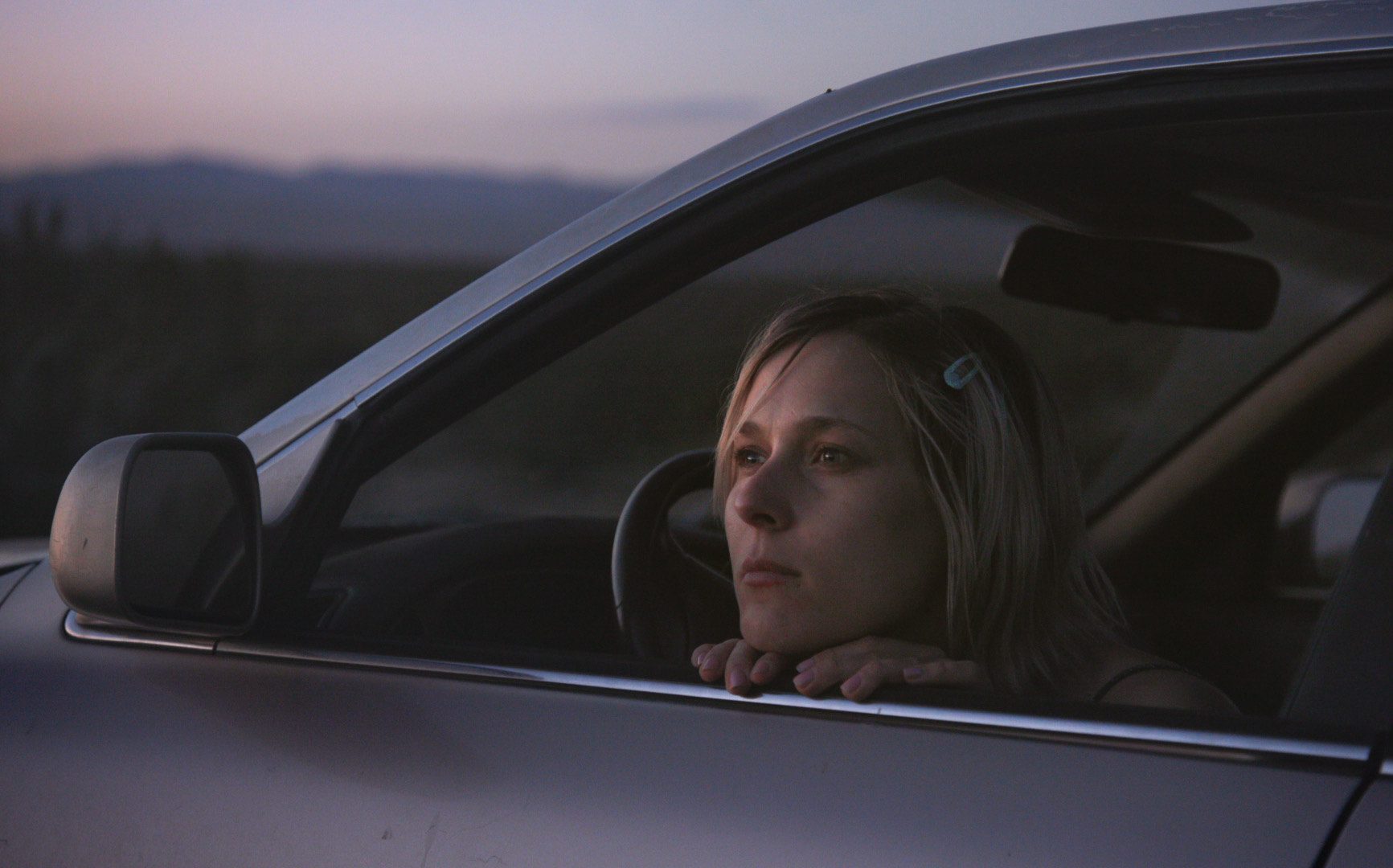 Lena Góra also co-wrote the script for Roving Woman with director Michal Chmielewski, which was also produced by her co-star John Hawkes and Orian Williams.

Wenders is best known for his film Paris, Texas, which won the Palme D’or at the Cannes Film Festival in 1984 and saw him win a BAFTA for Best Direction the following year. He has been nominated for a Oscar for Best Documentary Feature on three occasions

Roving Woman is a quirky road movie about a woman called Sara who is kicked out of her home after a break-up and steals a car, falls in love with the owner and sets out to find him.

Lena, who studied for a Performing Arts Level 3 Diploma at CANDI, explained that the film was inspired by the disappearance of US singer-songwriter Connie Converse and her own life.

She said: “There’s been a really wonderful reaction to the film. I’ve worked with many acclaimed producers and it feels different with each person. Wim is a really special human being and his movies are a work of art. He inspired us all in every possible way.”

Lena was born in Poland where she performed in theatre before taking the stage in London and New York before her TV debut in the CANAL+ series The King of Warsaw. Last year she appeared in the film Traveling Light, filmed in Los Angeles Light and the Polish crime-romance Saint.

She also co-wrote and received a Special Mention for the film Stillborn at the presentation of the Krzysztof Kieslowski Award, which was presented at the Cannes Film Festival in 2019, and is set to star in a Netflix dark comedy feature called Night at the Kindergarten.

Giving her advice to future performers or anyone wanting to get into film, Lena said: “Don’t be lazy. Don’t wait to get discovered. Networking doesn’t work unless you have a really solid project that you are pitching.”

Another former CANDI Performing Arts student, Blanka Douglas, was the Production Manager for Roving Woman, which had its world premiere at the Tribeca Film Festival in New York in June.

Blanka is also from Poland and came to the UK in 2013 and after studying at CANDI she went on to graduate with a BA (Hons) Drama from Queen Mary University of London.

The daughter of a Polish film director, she co-produced and appeared in her first short film An Ode to The Order of Things, which premiered at the Cannes Film Festival in 2017. She has also appeared, produced and directed other shorts through her own production company Doorbell Films.

Blanka said: “I will never forget my time at CANDI and the support I got. I came to the UK by myself and was renting a room with people I don’t know, and my English wasn’t great.

“I am so grateful for my teachers who really made sure I had a good experience. They always had a lot of energy and time to pass their expertise. They were wonderful teachers but also exceptional human beings. I made sure I put extra effort to get good grades and they saw it. I truly couldn’t choose a better place to start in London.”

Lena and Blanka are among the many successful CANDI Performing Arts alumni, which includes Charlie Heaton, best known for his role as Jonathan Byers in Netflix hit series Stranger Things.

Other former students include Armin Karima, who has appeared in Netflix series Sex Education and Black Mirror as well as BBC drama Waterloo Road, and Kandaka Moore whose theatre credits include Bernarda Alba, The Bacchae and Yard Girl. She has also sung and featured in music videos for Clean Bandit.

Tim Chaundy, Curriculum Leader for Performing Arts, said: “It’s so inspiring to see our students Lena and Blanka making such fantastic progress in the film industry. Both were students on our Performing Arts courses and were committed students who also liked to question and push the boundaries, which shows in the work that they have gone on to create.

“We’re very proud of the diversity of students that have trained at CANDI, many of whom go on to high-level industry work in theatre and on screen, or further training at some of the world’s top universities and drama schools.”

Find out more about Performing Arts courses and apply here.