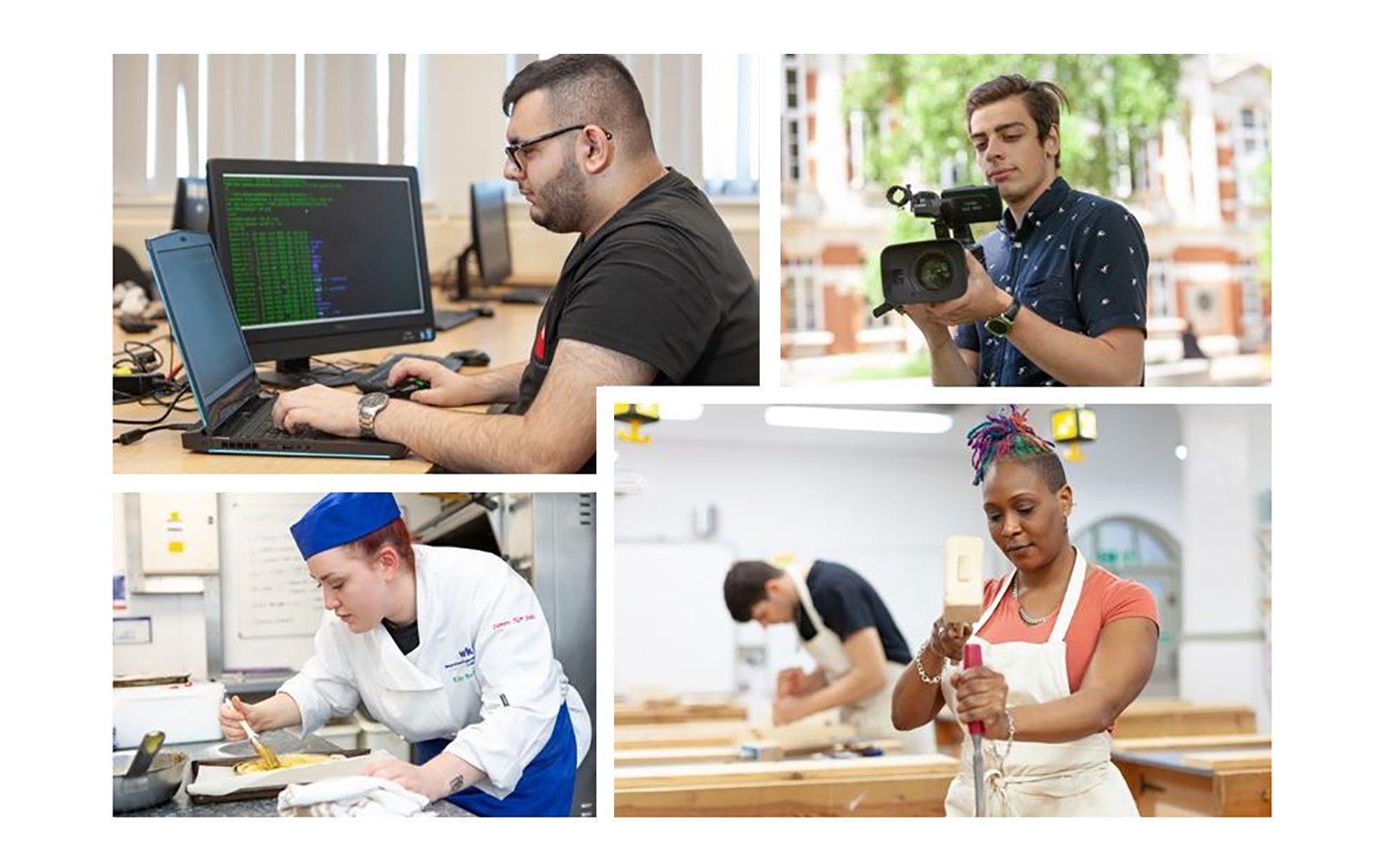 Capital City College Group (CCCG) has launched four new Mayor of London Academy Hubs to fast-track Londoners into work by giving them the skills they need for jobs to drive the capital’s economic recovery from the COVID pandemic.

Mayor of London Sadiq Khan set out plans for the programme in March 2021 as part of the London Recovery Plan to support vulnerable communities and rebuild the city.

The £44 million programme will support Londoners to get jobs by providing them with flexible work-based training programmes to enable them to gain and develop skills for careers in industries that are vital for London’s long-term prosperity.

The hubs will work with employers to create these programmes to ensure they best support their recruitment needs and help them to meet the challenges they face as the capital exits the COVID crisis.

Each hub will have a strong emphasis on supporting those from under-represented and disadvantaged backgrounds including black and ethnic minorities, young people, people earning below the London living wage, those with disabilities, the over 50s, single parents, caregivers and the unemployed.

Each of the four hubs will be led by one of the Group’s colleges.

The screen industries employ around 210,000 people in the UK with a turnover of £40 billion a year and is expanding at three times the rate of the wider UK economy. Run by Westminster Kingsway College in partnership with Film London and Middlesex University London, this mega-hub will focus on the film and TV, animation, visual effects and gaming industries. It will provide training in the creative and technical skills needed to enter this growing sector. More than 20 employers have already backed the hub including WarnerMedia, NBC Universal, Netflix, Sony Pictures, Pinewood Studios, Shepperton Studios, Twickenham Studios, Framestore, Blue Zoo Animation, Jellyfish, DNEG and Sports Interactive.

London has been at the epicentre of the UK’s digital revolution. Investment in the tech industry in the UK in 2021 more than doubled on the previous year to £29.4 billion. With nine in 10 organisations having a shortage of tech skills, the Digital Academy Hub, led by Westminster Kingsway College, will equip Londoners with the skills they need to succeed, with a focus on careers in software development, cybersecurity, data analytics and cloud-based development, as well as providing IT training to support all business sectors. Employer partners include 01 Founders, a tuition-free coding school that partnered with CCCG in June 2021, Verizon, Dentsu, Gigl, TechSkills and Profusion.

More than 217,000 new workers will be needed in construction and green industries by 2025. The Green Academy Hub, led by the College of Haringey, Enfield and North East London (CONEL), will help meet this demand and support the UK’s target to achieve net-zero emissions by 2050. The hub will focus on modern sustainable construction methods and the use of green technology for the new-build and retrofitting sectors, and the expansion of EV charging points. CONEL’s employer partners already include the Construction Industry Training Board (CITB), Morgan Sindall, Wates, Peabody, Vistry Partnerships, Absolute Solar, Retrofit Works, and the North London Waste Authority.

Find out more about the Green Academy Hub here.

Hospitality is one of London’s most important industries employing 568,000 people and contributing £17 billion to the capital’s economy a year. Located at Westminster Kingsway College, home to one of the UK’s most prestigious culinary schools, the Hospitality Academy Hub will support those looking for careers as chefs or in front of house, housekeeping and security roles. The hub has been backed by the Royal Academy of Culinary Arts, Craft Guild of Chefs, Institute of Hospitality, UK Hospitality and The Worshipful Company of Cooks. Employer partners include The Ivy Group, Sodexo, Fuller’s, CH&CO, Lexington and Atul Kochhar Restaurant Group.

Find out more about the Hospitality Academy Hub here.

Gary Hunter, Deputy Executive Principal of Capital City College Group, said: “We are very proud to be part of the Mayor’s Academies Programme to provide Londoners with the core skills that employers need to get the capital back on its feet after the pandemic.

“Our four hubs – Creative, Digital, Green and Hospitality – will provide practical work-based training designed, delivered supported with our industry partners that will fit around people’s lifestyles, with a particular focus on those who have been hit hardest by COVID, instilling them with workplace confidence and the skills to move into exciting new careers.”

The hubs are CCCG’s latest commitment to help more people into work, which also includes a new Skills Academy in partnership with Enfield Council and Vistry Partnerships to provide construction training for the £25 million Meridian Water regeneration in Enfield.

CCCG also recently launched the London Welding Academy alongside its London Rail Academy in Enfield with the number of welders in the UK having fallen by a quarter in five years.