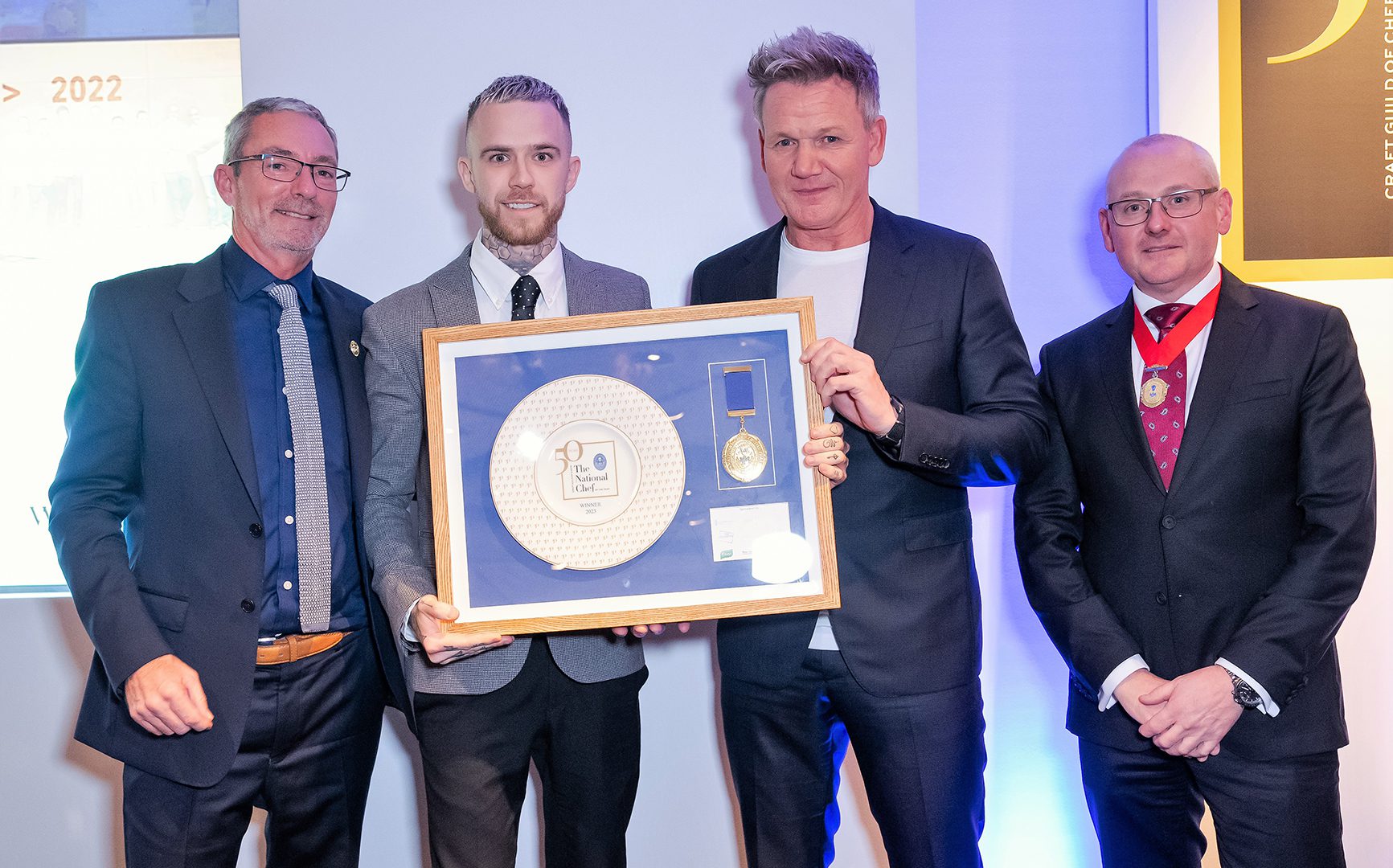 A chef who trained at Westminster Kingsway College has won the Craft Guild of Chefs’ prestigious National Chef of the Year competition.

Ben Murphy, who is Chef Patron at Launceston Place in Kensington, scooped the top prize at a celebratory dinner at The Berkeley in Knightsbridge attended by VIPs from the hospitality world, including Gordon Ramsay who won the competition in 1992.

April Lily Partridge, who also studied at WestKing and is Sous Chef at The Ledbury in Notting Hill, came third in the competition, which was celebrating its 50th anniversary.

In an interview with the Craft Guild of Chefs at the ceremony, he said: “Winning National Chef of the Year is crazy. Seeing the standard of food today, I didn’t expect to win at all. As I said to my friends and family, I’m going to cook the food I do daily, cook food I love to eat and hope for the best.

“I was confident and in my comfort zone and felt happy with what I did. I felt I did enough, but I wasn’t sure because afterwards we got the chance to view other dishes and I saw the calibre of the chefs I was against and the level of food they were cooking.”

Ben was presented with an exclusively designed winners plate framed together with the winner’s medal from Churchill Catering, along with £500 worth of products.

He also received a cash prize of £2,500 from Knorr Professional to support his career development along with a chef experience from Continental Chef Supplies including Michelin-starred restaurants, masterclasses and artisan food classes.

Each of the finalists have also been given the chance to enjoy culinary dining experiences with well-known Michelin-starred or award-winning restaurants across the UK.

The competition was judged by a panel of professional chefs chaired by Kenny Atkinson, Chef Patron at House of Tides and Solstice in Newcastle.

He said: “Wow, what a final, with an incredible winner! I’ve absolutely loved my first year as Chair of judges and seeing the calibre of cooking we’ve witnessed today has been the highpoint.

“The brief I set, purposely left the menus open to individual interpretation so that we could clearly see each chef’s personality, skill and talent so we’ve tasted some amazing food today. Congratulations to all the finalists and well done to Ben.

“To the other nine chefs, I want to see you learn from this experience and come back next year, more determined than ever.”

Competition organiser David Mulcahy, Food Innovation and Sustainability Director at Sodexo UK and Ireland added: “The reason this competition has spanned half a century is down to the way we have developed it year on year to address the industry’s biggest issues and attracted the highest level of talent to enter and judge this competition.

“I know that Ben is joining a long list of incredible chefs who have become real ambassadors for our industry.”

The Craft Guild of Chefs is the largest UK chefs’ association with members worldwide in food service and hospitality, from students and trainees to top management, working everywhere from Michelin-starred restaurants to school catering.

WestKing is home to one of the UK’s leading schools of hospitality and culinary arts.

Find out more and apply for our courses here and apprenticeships here. 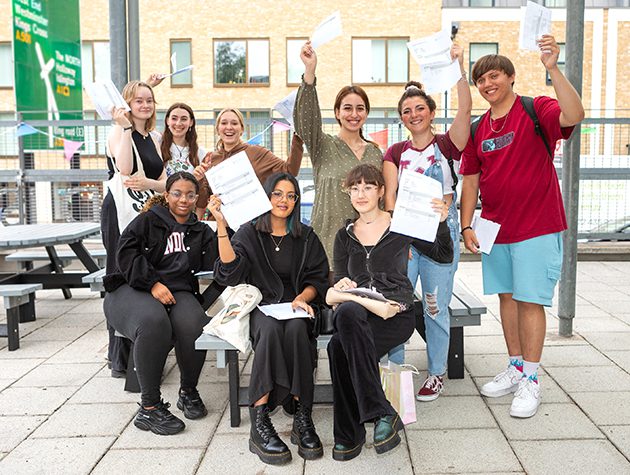 The nation’s 16-year-olds have more choices than they think when it comes to what they do – and where they do it – after their GCSEs.

While A levels are most school-leavers’ first choice, the fact is that 16-year-olds have a multitude of options, whether that’s by staying on at their secondary school, going to college, or elsewhere. They can study from a huge range of vocational and technical qualifications, from BTECs to T levels. They can get on- and off-the-job training through an apprenticeship. And if they need to, they can even resit their GCSEs.

But many advisers in schools don’t understand all these options and as a result, some young people don’t always get the right advice.

City and Islington College (CANDI) is doing some great work with local secondary schools to help bridge this gap. They are showing Islington’s 16 year-olds – and their parents – that there is more to post-16 education than A Levels, and it’s opening their eyes to the options available to them.