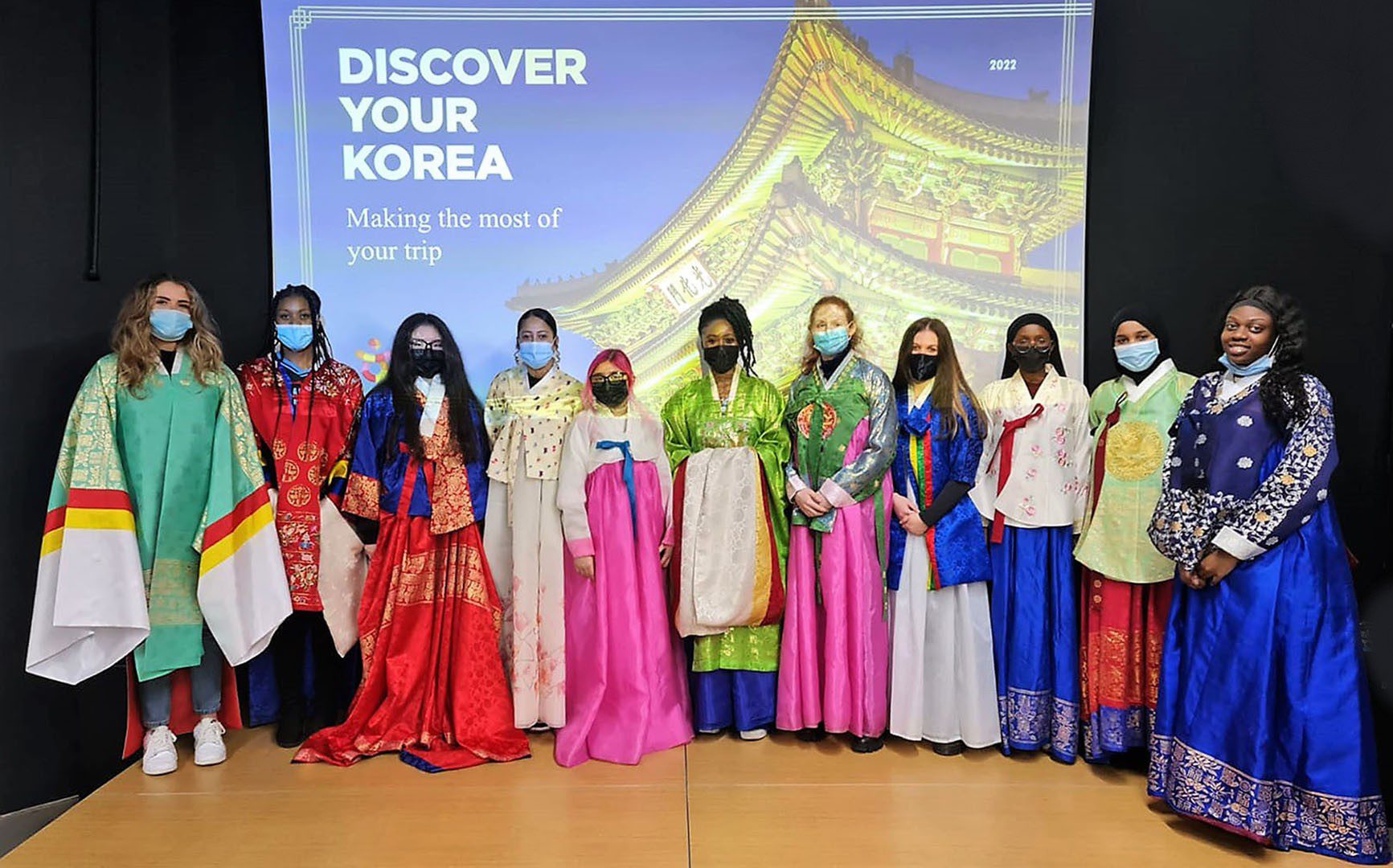 Thirty students from Capital City College Group (CCCG) were given a fascinating insight into Korean culture, ahead of them travelling to the country this summer under the Turing Scheme, the UK’s global study and work programme.

The students discovered more about the East Asian nation and its people, lifestyle and customs when they recently visited the Korean Cultural Centre UK in Westminster.

They will be embarking on a 20-day educational trip to South Korea in July, which will give them the skills and experience they need to thrive in the global workplace of the future

Dr Jungwoo Lee, Director of the Korean Cultural Centre UK, and Ruby James, Event Coordinator at the Korea Tourism Organisation, welcomed the students and gave them an overview of the country.

She also gave an insight into the country’s history and traditions, including the four Hs: Hanguel – the Korean alphabet, Hanok – a traditional style of Korean house, Hanbok – traditional Korean clothing, and Hansik – Korean food.

Students enjoyed trying on some colourful hanbok, explored the centre’s vast archive of Korean films and literature and were in awe of the beauty of the cover artwork on many of the books.

Jack Griffin, 26, who is studying an Access to Higher Education Diploma in Computing at the College of Haringey, Enfield and North East London (CONEL), was among the students on the visit.

He said: “It was a really enlightening and enjoyable experience. We were given considerable information about Korean culture and destinations to visit while we are there.

“I found it not only entertaining but also really educational. I enjoyed trying on traditional hanbok, which was a unique experience that I never thought I could do in London.”

The South Korea trip has been funded by the Turing Scheme and is being run in partnership with Keimyung College University (KMCU) in Daegu, Kyungbuk College and JEI University in Incheon.

Students have been participating in weekly Korean language classes at college to give them some basic communication skills to enhance their experience.

CCCG has proudly partnered with the Korean Cultural Centre UK on a number of occasions, including a popular Korean themed menu week at Westminster Kingsway College’s Brasserie restaurant and hosting Korean cooking classes, which will be returning later this year.

Seungeun Chang, Head of International Development and Operations at CCCG, said: “The visit to the Korean Cultural Centre UK was a perfect way to introduce our students to Korea. They’re now feeling even more excited about their upcoming trip.”