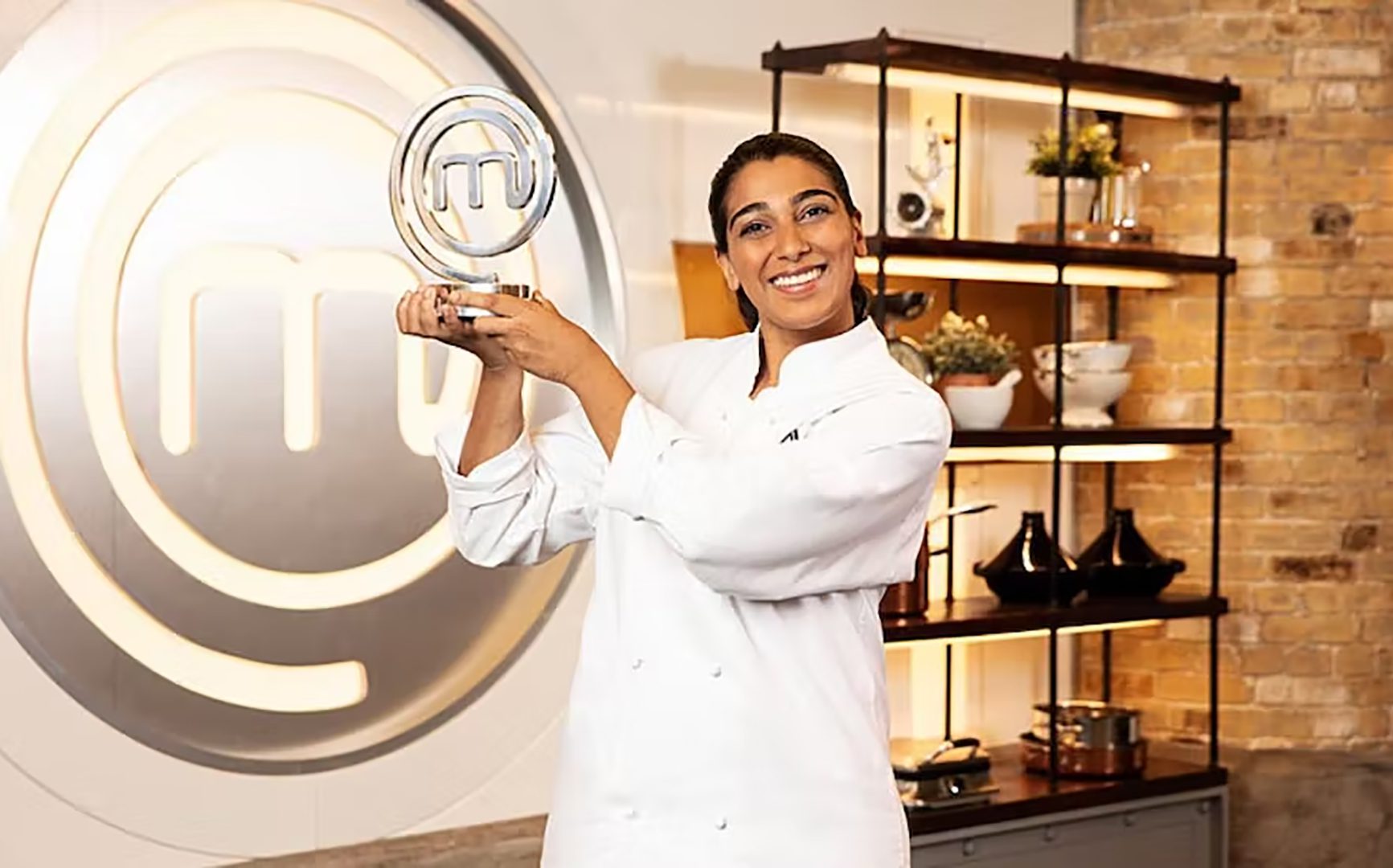 Masterchef: The Professionals champion Nikita Pathakji has told how her apprenticeship at Westminster Kingsway College gave her the skills and experience for culinary success.

Nikita, 25, from Clapham, became the second former apprentice from the college to win the grand final of the BBC TV series following Alex Webb’s triumph in the competition in 2020.

She said: “This is incredible. I can’t put it into words. This surpasses every achievement of my life. I don’t know how I’m going to top this. This is it, this is the peak, I think I’ve reached it!”

Her winning menu featured a starter of seabass cured in citrus dressing with smoked aubergine and spiced red pepper purées, followed by a main of crispy chicken thighs, tortellini filled with chicken, mushrooms and coriander topped with a coconut curry sauce, and for dessert a cardamom custard tart with poached apricots and a honey tuile.

Michelin-star chef Marcus Wareing said “She’s a chef that has grown right in front of our eyes. Her food has been sublime,” while fellow judge, chef and restauranteur Anna Haugh, added: “Nikita is on the road to creating a very unique cuisine. And that is why she’s our champion.”

Nikita, who works as a Junior Sous Chef at Michelin-star restaurant Kitchen W8 in Kensington, trained at the college’s School for Hospitality and Culinary Arts in Victoria from 2016-19.

She undertook Level 2 and Level 3 apprenticeships, sponsored by The Worshipful Company of Cooks, at The Lanesborough in Knightsbridge and Claude Bosi at Bibendum in Kensington.

Nikita said: “My apprenticeship at Westminster Kingsway was a fantastic way to gain important foundational knowledge and skills, which compounded with real experience working in restaurant kitchens, set me up with both the skills and qualifications I needed to work in top Michelin-starred restaurants.

“I’m so glad I started my career on this apprenticeship. The guidance and extra support that made the job a little less daunting when I first started out.”

Nikita grew up in Derby and lived in India with her family for two years from the age of nine. As a child she would prepare meals with her mum, which inspired her love of Asian cooking.

After her apprenticeship at WestKing, she travelled for nine months around South East Asia, which further deepened her passion and appreciation for the region’s flavours and culinary styles.

Sharon Barry, Head of School for Hospitality and Culinary Arts Apprenticeships, said: “Nikita was a dedicated, passionate and highly motivated learner during her time at WestKing. It comes as no surprise that she has continued to grow and thrive within her culinary career.

“Winning Masterchef: The Professionals is a fantastic achievement, and we are all incredibly proud of her. She is a huge inspiration to all our current learners who has shown anything is possible if you believe in yourself and follow your dreams.”

Find out more and apply for Hospitality and Culinary Arts courses here and apprenticeships here.